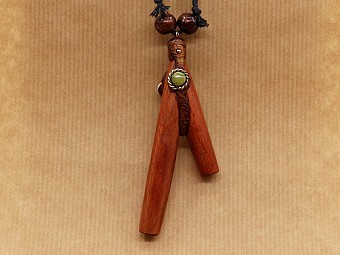 Wonderfully handcrafted Kuripe, made from Paloduro wood. Decorated with a small slice of the Yage vine and a semi-precious stone. The stone can vary from the picture. The kuripe has an adjustable waxed cord decorated with wooden beads. 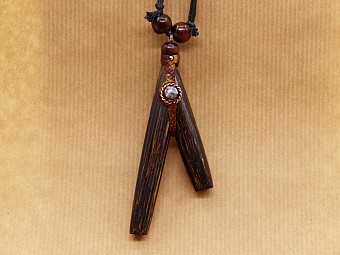 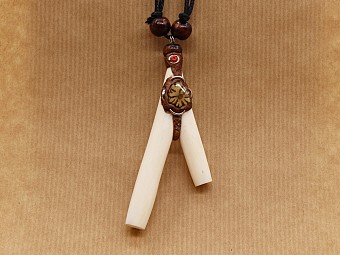 A collection of stunning, elegant handmade kuripe from our new craftsman in Peru. Made with various woods or bone, and decorated with Yage vine sections, semi precious stones and beads. Kuripe are used to administer herbal snuffs and powders such as Nu-nu, Rapé and Tobacco snuffs.