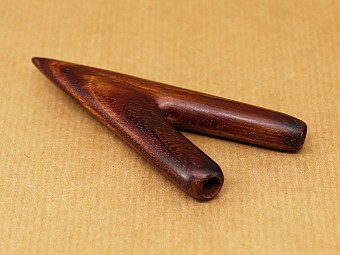 Beautiful and simple kuripe, carved by our friend in Bali. The beautiful Tamarind wood (Tamarindus Indica) has an enchanting structure and depth with both light and dark features below a yellow-red tone. The kuripe fits perfectly in the hand and fits most noses and face types. 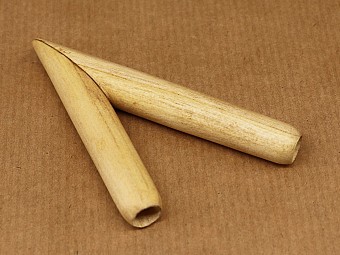 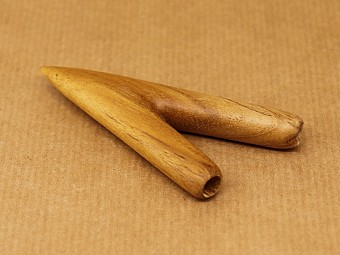 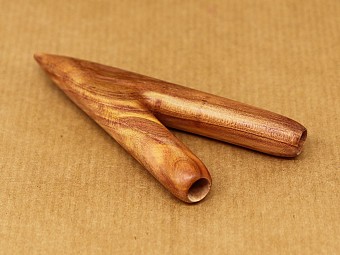 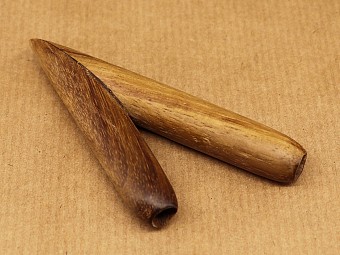 Herbal snuff applicators, handmade. They are used to administer herbal snuffs and powders such as Nu-nu, Rapé and Tabaco snuffs. These shamanic tools from our friend in Bali have been made with love and gratitude. They are made with the intention of creating powerful magical tools for the holiest of purposes. Both the inside and outside of the tubes have been polished with blessed musk oil.

Traditionally, Nu-nu, Rapé and Tabaco snuffs are applied by using a pipe made from bamboo or bone, which is blown through each nostril, on both sides. They can be self-administered using a V-shaped self-applicator pipe, which connects the mouth to the nostrils. Alternatively, they can be administered by another person using a blow pipe, which connects the blower’s mouth to the other person’s nostrils. The self-applicator pipe is known as ‘Kuripe’, and the blow pipe is know as a ‘Tepi’ in the Brazilian tradition.