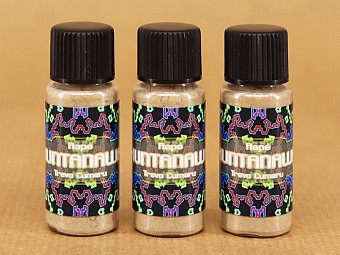 (Batch #3618) Pedro Kuntanawa made this particular Rapé. Made with a locally produced and harvested organic Moy Tabacco (Nicotiana rustica) and the ashes of Pau Pereira (Tsunu) and a herb locally named Trevo Cumaru. Trevo Cumaru is Pedro´s personal favorite. He uses this herb, considering it a medicine that helps to firm the mind, clear negative thoughts and bring inner peace in the spiritual domain. This Rapé helps in concentrating the mind and firming the thoughts. More information can be found below. 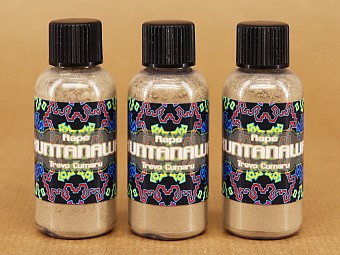 A new and genuine tribal Rapé from the Kuntanawa tradition.

Kuntanawa means People of the Coconut, because they are known to traditionally eat mainly palm nuts. Their chief, Pedro Kuntanawa, made this particular Rapé. Made with a locally produced and harvested organic Moy Tabacco (Nicotiana rustica) and the ashes of Pau Pereira (Tsunu) and a herb locally named Trevo Cumaru.

Trevo Cumaru is Pedro´s personal favorite. He uses this herb, considering it a medicine that helps to firm the mind, clear negative thoughts and bring inner peace in the spiritual domain. It is a herb he has studied extensively in his Rapé work and has meditated on it when in ceremony. He uses this Rapé in daily life but especially rates it in spiritual works such as Ayahuasca. He says that in ceremony this Rapé helps him a lot in concentrating his mind and firming his thoughts to be able to do his healing work and his studying of the mysteries of the forest.

This is another genuine tribal, and exquisitely powerful Rapé from our close friend who lives in Brazil and is exchanging with the tribes people. Pedro is a good friend of ours and we work with him for many years.