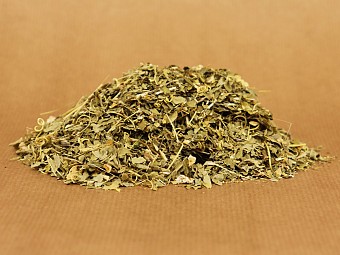 The Passion Flower name derived from the supposed resemblance of the finely-cut corona in the centre of the blossoms to the "Crown of Thorns" and of the other parts of the flower to the instruments of the "Passion of Our Lord". 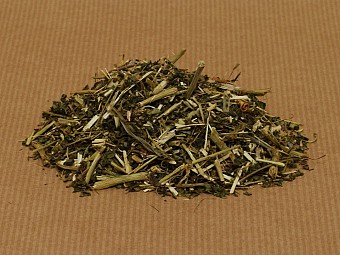 The Passion Flower name derived from the supposed resemblance of the finely-cut corona in the centre of the blossoms to the "Crown of Thorns" and of the other parts of the flower to the instruments of the "Passion of Our Lord".

When Spanish explorers first encountered the Indians of Peru and Brazil, they found this plant used in native folk medicine as a sedative. They took it back to Spain, from whence it gradually spread throughout Europe. It was in Europe the leaves of the plant first found use as a sedative and sleep-inducing substance. Interestingly, its sedative effect was not noted by Americans until lately.
Passion Flower was first discovered in Peru by a Spanish doctor named Monardes in 1569 who documented the indigenous uses and took it back to the Old World where it quickly became a favorite herb tea. Spanish conquerors of Mexico and South America also learned its use from the Aztec Indians and it eventually became widely cultivated in Europe. Since its discovery, Maracuja has been widely used as a sedative, antispasmodic and nerve tonic. Indians throughout the Amazon use the leaf tea as a sedative. When introduced into Europe in the 1500's it was used as a calming and sedative tea. It was introduced in North American medicine in the mid 1800's as a sedative through native and slave use in the South as a tea, as well as bruising the leaves for headache, bruises and pain. In many countries in Europe and in the U.S. and Canada, the use of Passion Flower to tranquilize and settle edgy nerves has been documented for over 200 years.
Passiflora got its name from descriptions of its flower parts supplied by priests in the New Spain. These were interpreted in 1609, by Jacomo Bosio in Rome, as representing various elements of the Crucifixion, five petals and five sepals (the ten disciples, minus Judas & Peter); outer fringe (the crown of thorns); five stamens (number of wounds Christ received) & knob-like stigmas of the pistil (the nails). This symbolism is not universal however, in Japan it is known as 'The Clock Plant'.
Passion Flower is an extremely popular herb in Europe, where it is often used to induce relaxation and sleep, an effect first experimentally verified in 1920. In that study, the researcher noticed that, unlike what happens with narcotics, sleep was induced normally, with easy, light breathing, and with little or no neural or mental depression. Upon awakening, the patients showed no signs of confusion, stupor or melancholy.

Passiflora incarnata belogs to the Passifloraceae (Passionflower family). It has a perennial root, and the herbaceous shoots bear three-lobed, finely serrated leaves and flesh-coloured or yellowish, sweet-scented flowers, tinged with purple. The ripe, orange-coloured, ovoid, many-seeded berry is about the size of a small apple; when dried, it is shrivelled and greenish-yellow. The yellow pulp is sweet and edible.

Today, more that 400 species of passion flower are found throughout the world. The active constituents of Passion Flower can be broadly classified as alkaloids and flavonoids, supported in their actions by a variety of other constituents, including amino acids, sugars, coumarins, and alcohols (actually sterols).
Passionflower contains the MAO inhibitors harmaline and harmine, and it also contains several flavonoids that act as MAO inhibitors, including apigenin, kaempferol and quercetin. Therefore, please read carefully the warnings associated with Passionflower.

Passion Flower appears completely nontoxic, and has been approved for food use by the F.D.A. But avoid high doses in pregnancy, as it slightly lowers arterial pressure (beware in severe hypotension). Safe within recommended dosage range. Do not combine with other MAO-inhibitors and other CNS depressants.