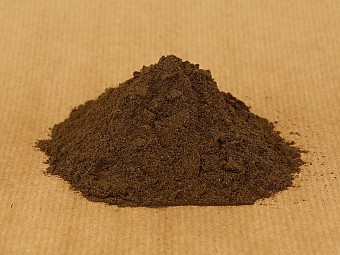 This oldest known living fossil, more than 5,000 years old, is native to China. The tree has an average life span of 1,000 years. The oldest trees are serving in the temples of the Chinese and Japanese Buddhist monks. These trees are considered to be very sacred to their way of life. Ginkgo improves cognitive performance, mood and social functioning, short term memory, concentration. Ginkgo Biloba has also mental and behavioural positive effects. More information below. 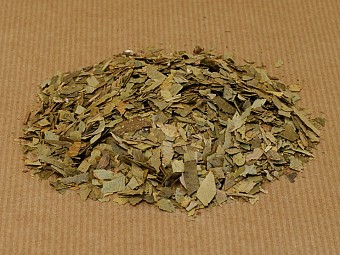 This oldest known living fossil, more than 5,000 years old, is native to China. The tree has an average life span of 1,000 years. The oldest trees are serving in the temples of the Chinese and Japanese Buddhist monks. These trees are considered to be very sacred to their way of life. Another reason for their stature in civilization is their ability to withstand many outside influences of nature. A tree in Hiroshima survived the atomic bomb of World War II in 1945 on the 6th of August. At 1 km distance from the center of explosion, it was the first to bud in September of the same year. The tree is now known as the "bearer of hope" for the people of Hiroshima. The temple was built around this mighty tree.

Ginkgo improves cognitive performance, mood and social functioning, short term memory, concentration. Ginkgo Biloba has also mental and behavioral positive effects. While not a primary treatment for depression, research suggests that Ginkgo may be useful for elderly persons not responding to standard antidepressant drugs - a condition described as “resistant” depression. One double-blind study in Germany found that elderly depressed people with mild dementia, who were not responding to antidepressant medications, responded well to Ginkgo supplementation. Interestingly, Ginkgo may also reduce the side effects experienced by some elderly persons taking antidepressants known as selective serotonin reuptake inhibitors (SSRIs), such as fluoxetine (Prozac) or sertraline (Zoloft).

Allergen Statement: We hereby certify that the Ginkgo biloba powder we sell does not contain any substances causing allergies or intolerances as ingredients or by possibility of cross contamination. The list of allergens which are likely to cause adverse reactions in susceptible individuals is provided in Annex IIIa of Directive 2007/68/EC. Please note that this statement is based on the information provided by the manufacturer of the product.

The Ginkgo biloba tree has been called "the doyen of trees," because of its antiquity. It is believed to pre-date the ice age. Individual trees are believed capable of living 2000 to 4000 years, and some extant are dated to over a 1000 years. It is the sole remaining species of the so-called Ginkgophyte botanical division which, according to fossil records, once flourished on the earth. Hence, Ginkgo is also often called "a living fossil."

The tree is basically native to China and Japan (though there is evidence it was native to Europe at some ancient date), but has been extensively cultivated throughout the world due to its hardy nature. Ginkgo biloba is remarkably resistant to all kinds of pollution, virus and fungi. It has a unique history, unique life cycle, and extremely unique biochemistry.

For over 5,000 years, the Ginkgo tree has been used in Chinese traditions to strengthen lungs and the cardiovascular system. Chinese monks are credited with keeping the tree in existence, as a sacred herb. It was first brought to Europe in the 1700's and it is now commonly prescribed in France and Germany. It is one of the most researched herbs in the world. Ginkgo cultivations can be found predominantly in the southern and eastern United States, southern France, China, and Korea. The nuts of the tree were commonly recommended and used to strengthen the respiratory system. The use of the leaves is a modern development originating in Europe.

Most often Ginkgo is associated with improved circulation and memory retention. A 1997 Journal of the American Medical Association study confirmed the successful use of Ginkgo in improving cognitive performance, mood and social functioning in Alzheimer's patients. This study noted Ginkgo's potential for improving short term memory, longer attention span and oxygen metabolism in the brain with improved transport of oxygen and glucose, the energy source of the brain. Ginkgo has strong antioxidant properties, protecting both the central nervous system and the cardiovascular system from aging.

Ginkgo strengthens tissue by stabilizing cell membranes and has been shown to increase not only the rate of blood flow to the brain, but the transmission of information to the nerve cells, enhancing memory ability. Ginkgo can also be helpful to increase blood flow, which is needed for hearing and proprioceptive health, to the auditory nervous system.

Common in North America, Europe, and China the Ginkgo Biloba tree is the oldest surviving species of trees on earth. It belongs to the Ginkgoaceae (Ginkgo family) and is a large shade tree and can grow up to 100 feet or more in height with a trunk more than 8 feet in diameter. It has short horizontal branches with fan-shaped leaves. It can live 1,000 years or longer. It produces foul-smelling fruits that are inedible, and ivory-colored seeds that have long been used as food in Asia.

The active ingredients of Ginkgo Biloba are flavonoid glycosides, which contain among others quercetin, kaempferol (named after Kaempfer who discovered the Ginkgo in Japan in 1690) and isorhamnetine and terpene lactones, containing ginkgolides A, B, C, J, M and bilobalides. Flavonoids are natural substances also found in fruits and vegetables, acting as antioxidants. The ginkgolides are among others PAF-inhibiting (against "blood clotting") of which ginkgolide B is most effective.

Most often you will find Ginkgo in combination with other circulatory herbs such as Gotu Kola / Hydrocotyle (Hydrocotyle asiatica). The whole body can see improved circulation with Ginkgo use as well as improved mental functioning and ability to concentrate. Ginkgo may well be an important key in slowing down the aging process as well as slowing free radical damage. The leaves of Ginkgo Biloba, as used in one Chinese tradition, are known as 'Bai-guo-ye' and used to strengthen the respiratory system, as well as hearing, circulation, stomach, blood pressure, and nervous systems.

Mild headaches lasting for a day or two and mild upset stomach have been reported in a very small percentage of people using this product. Ginkgo Biloba is not contraindicated for pregnant and lactating women. The psycho- and physicostimulant properties of this herb may be assumed to interact in presently unknown ways with other psychoactive central and peripheral nervous system stimulants and depressants.

No reported toxicity. Rare cases of gastric upset or headaches. The berries of this tree however are toxic. Side effects are uncommon; however, gastrointestinal disturbances (nausea, vomiting, increased salivation, loss of appetite), headaches, dizziness, tinnitus, peripheral visual shimmering and hypersensitivity reactions, such as skin rash, have been reported to occur in some individuals.