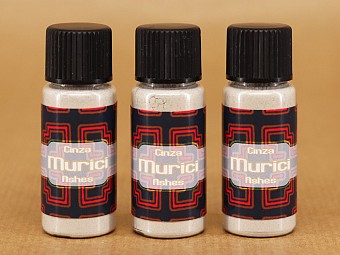 (Batch #1233) Pure ashes of the Murici tree, from a Yawanawa "ash-maker". The Murici is an old traditional folk medicine plant, which is used in snuffs to clear energies that accumulate in the lower abdomen. Murici ashes mix excellently with any of the tobaccos. Furthermore, blending tobacco with ashes increases the strength and absorption, making it exquisitely strong. More information below. 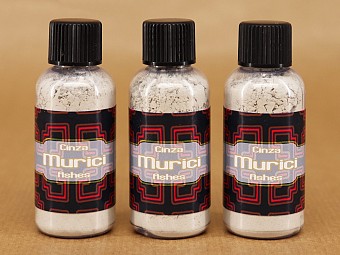 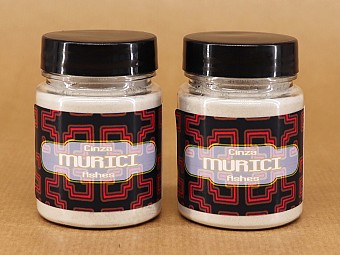 Very finely sifted ashes of the Murici tree (Byrsonima crassifolia), from a Yawanawa "ash-maker". The Murici is an old traditional folk medicine plant, which is used in snuffs to clear energies that accumulate in the lower abdomen. This exquisite ingredient is a crucial element of a powerful and balanced blend and should not be omitted in your own favorite Rapé composition. Ashes mix excellently with any of the Tabacos. Furthermore, blending Tabaco with ashes increases the strength and absorption, making it exquisitely strong.

This is an extremely fine and dry powder. It takes great effort to produce such a fine powder at a 100 micron fineness. This is our standard. All our products are processed to a high standard and consistent fineness and dryness, using laboratory grade sieves and dehydrating equipment.

The Yawanawá were the first tribe that initiated a woman to become a shaman, setting a huge example in the history of shamans. In their language rapé is called Rume and the Yawanawá preferably blend Rume with ashes and mapacho, which gives this special blend a very refined taste. In addition, Murici ashes are used for healing purposes and has a supportive role during ayahuasca ceremonies.

More information on the Yawanawa