The Yawanawa Tribe
The Yawanawa tribe is located at the Gregoria River (Fig. 1), between Peru and Bolivia, not far from Acre. The tribal language belongs to the Pano linguistic group of Western Amazonia. Hunting and Fishing are two of their main economic activities. Oftentimes the hunted food will be the only resource of alimentation in difficult weather conditions (Fig. 1).

The Yawanawá share their territory with the Katukina tribe and most members of one tribe will be married with those of another tribe or with other foreign allies. These connections were made during the time of colonization. Due to resources, like caoutchouc, missioners decided to stay in order to create a profitable business. These days, more sustainable allies that support the culture and stability of the tribes, have been established.

Shamanism
The Yawanawa - or the people of the wild boar - hold a strong belief in shamans. The one to be initiated as a shaman has to go through many processes and tasks, which include that he has to suck on the heart of an anaconda or strike down a bees hive. In addition, the becoming shaman has to go through dietas that prohibit the consumption of meat, fruits or sweets, and solely focus on taking the medicine for a year. During the initiation, certain hallucinogenic plants will be ingested such as ayahuasca, pepper, datura, rapé, and tobacco juices (Jauregui et al. 2011). The most sacred plant for the Yawanawa is a plant called the “rare muca”. Not many members of their tribe have eaten the root of this plant during ceremonies. Only men who are becoming a warrior or a healer would be allowed to go through an initiation with rare muca. The rituals will be guided by special incantations, smudging herbs, and saying prayers. 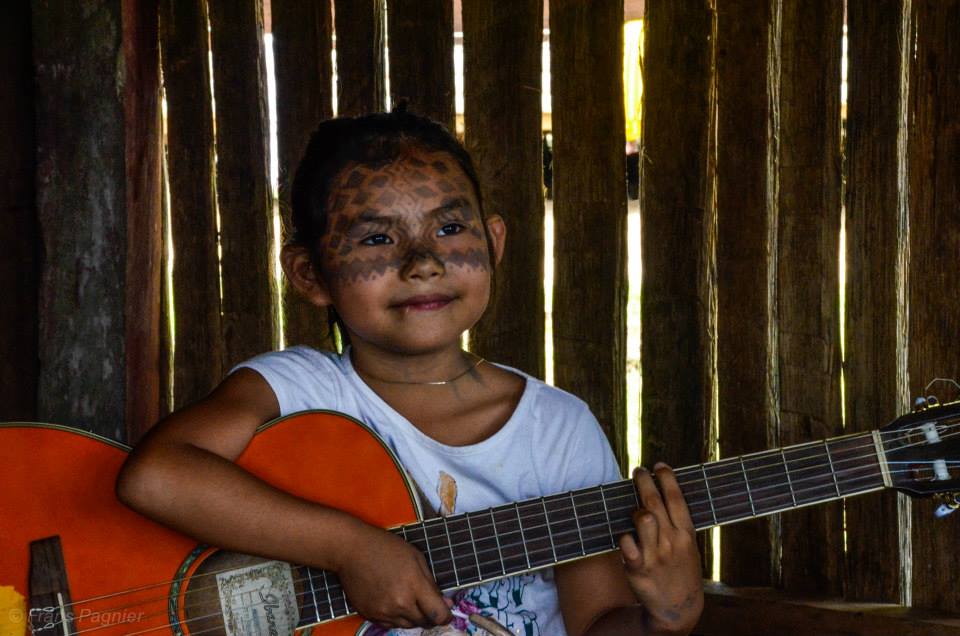 Rapé
Historically, the Yawanawa tribe received rapé soon after a famous healer of their tribe died. The tribe believes that this sacrament arose to cure diseases of the mind, psyche, and body, by enhancing the connection with one's spirit and enabling them to travel without their physical bodies. Their rapé tradition is very old, and in earlier times, only the medicine man of the tribe - the pajeh - was allowed to take rapé and connect with the forest spirits. Nowadays, all tribe members can take rapé freely and for certain ceremonies and rites.

The rapé of the Yawanawa tribe is called in their language “Rume” and mostly contains ash of the bark of the Txunú tree and a strong tobacco that resembles mapacho (Nicotiana rustica), making it a special and very unique rapé blend. The txunú tree bark is often used for healing and curing purposes in Amazonian tribes and has a supportive role during ayahuasca ceremonies. It is often used before ayahuasca, enhancing the effects and opening the spirit for the ceremony, but also during intense ceremonial experiences, easing the vomiting and cleaning.

Often only men were allowed to snuff rapé (Wilbert 1987). The Yawanawá were the first tribe that initiated a woman to become a shaman. The first female shaman, Hushahu Yawanawá (Fig. 3), set a huge example in the history of shamans and even received a national award for outstanding women leaders of Brazil, thereby motivating other women to become shamans. Nowadays, the revolutionist Hushahu is amongst the most respected spiritual leaders of the Yawanawá tribe. Moreover, this daring woman is well-known for making one of the best rapé snuffs of the tribe. 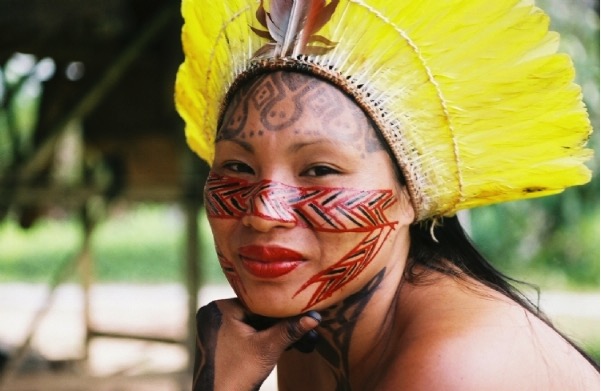