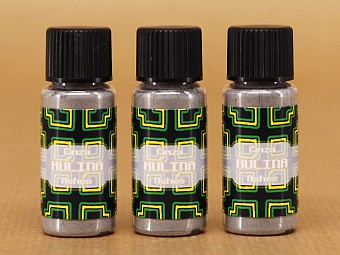 A rare opportunity to obtain ashes from a remote tribe, the Kulina. The ashes are from the Murici (Byrsonima crassifolia). Traditionally a tea made with the bark is used to relief the symptoms of digestive system disorders. The ash is a bit greyer than other tribes burn them. A potent and very original product, Kulina ashes mix excellently with any of the Tabacos. Furthermore, blending Tabaco with ashes increases the strength and absorption, making it exquisitely strong. More information below. 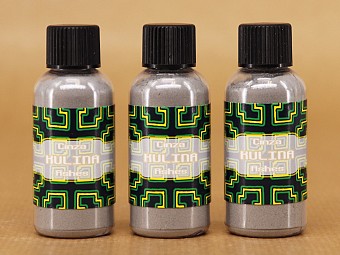 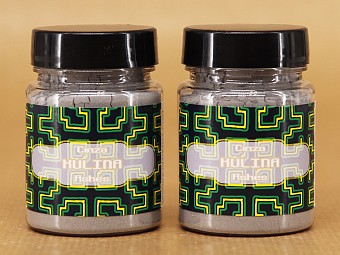 A rare opportunity to obtain these ashes from a remote tribe, the Kulina. Their rapé is not very well known and is mostly made for their own use. These ashes we managed to get are from the Murici (Byrsonima crassifolia). The ash is a bit greyer than other tribes burn them. A potent and very original product.

Byrsonima crassifolia is a slow-growing, very ornamental, semi-deciduous shrub or small tree with a rounded, generally sparse crown; it can grow up to 10 metres tall. Known locally by indigenous people as Mirixi Vermelho (red Mirixi). The bark is rich in tannins and has been used medicinally by many local peoples. Traditionally, the plant has been used as an anti-inflammatory, astringent, emmenagogue, febrifuge and purgative, although no medical research supports these properties. Traditionally a tea made with the bark is used for relieving the symptoms of digestive system disorders including indigestion, diarrhoea and dysentery, pulmonary complaints, snakebites, fevers, cases of leucorrhoea and to promote menstruation. The leaves contain various flavonoids, saponins and terpenes and have been used by the tribe as a wash to clean and soothe ulcers. An infusion is used to relief the symptoms of high blood pressure. As a mouthwash it has been used to tighten the teeth where gums are diseased.

The Kulina are a tribe from the Acre and southern Amazonas region. Nowadys they all live in Amazonas state but close to the border with Acre and have contact with some tribes. They are not from the Pano linguistic root but Arawá. They call themselves Madija (Madirra) meaning "those who are people". An interesting observation is that many of the indigenous groups refer to themselves as people or real people, like de Huni Kuin or Noke Koi. The Kulina live very isolated, and their culture and language are more intact than many of the other tribes of the region. Most Kulina don't speak Portuguese. Their medicine men are very respected by the other tribes of the region and are of a different type. They don't wear beautiful feathers or play guitar, but their knowledge is on another level.