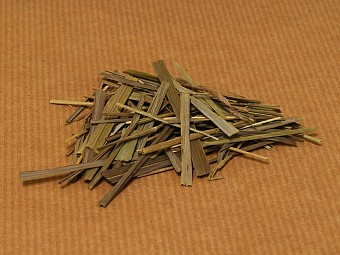 Throughout North America, First Peoples appreciated Sweetgrass for the scent. It was woven into baskets and mats, burned as incense, or worn in a sachet as an insect repellent. The fragrance is carried by the substance coumarin, which has the characteristic sweet scent and the effect of relaxing and lifting the spirit. 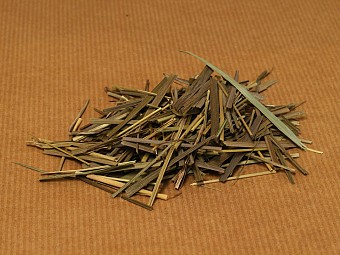 The genus Hierochloe has a long association with holy ceremonies. The name comes from the Greek "Hieros", meaning sacred, and "Chloë", meaning grass or holy-grass. In Northern Europe it was placed in front of churches on Saints’ days. Throughout North America, First Peoples appreciated Sweetgrass for the scent. It was woven into baskets and mats, burned as incense, or worn in a sachet as an insect repellent. The fragrance is carried by the substance coumarin, which has the characteristic sweet scent and the effect of relaxing and lifting the spirit.

Many Native tribes in North America use Sweetgrass in prayer, smudging or purifying ceremonies and consider it a sacred plant. It is usually braided, dried, and burned. Sweetgrass braids smolder and doesn't produce an open flame when burned. Just as the sweet scent of this natural grass is attractive and pleasing to people, so is it attractive to good spirits. Sweetgrass is often burned at the beginning of a prayer or ceremony to attract positive energies.

Sweetgrass is used to "smudge"; the smoke from burning Sweetgrass is fanned on people, objects or areas. Individuals smudge themselves with the smoke, washing the eyes, ears, heart and body. Sweetgrass is one of the four medicines which comprise a group of healing plants used by the people in Anishinabe, Bode'wad mi, and Odawa societies. The other three are Tobacco (Nicotiana rustica, Nicotiana tabacum), Cedar (Thuja plicata, Libocedrus decurrens), and Sage (Salvia apiana, Artemisia tridentata).

Sweetgrass was strewn before church doors on saints' days in northern Europe, presumably because of the sweet smell that arose when it was trodden on. It was used in France to flavor candy, tobacco, soft drinks, and perfumes. Widely used in neo-pagan practice (syncretized from North American indigenous practice). In Russia, it was used to flavor tea. It is still used in flavored vodka, the most notable example being Polish Ubrówka.

Sweetgrass is a circumboreal plant from the Poaceae (Grass family) which is common above 40 degrees north latitude in Asia, Europe, and North America (Walsh 1994). It can be found growing wild in wet meadows, low prairies, the edges of sloughs and marshes, bogs, shaded streambanks, lakeshores, and cool mountain canyons. Sweetgrass is a very hardy perennial. It grows to about 60 cm in height, leaves grow 60 cm long by late summer. Base of leaves, just below soil surface is broad and white, without hairs, underside of leaves are shiny, no hairs. Sweetgrass rhizomes and roots form a dense mat beneath the soil surface (Walsh 1994).

Sweetgrass owes its specific aroma to the presence of coumarin.

It has a sweet, long-lasting aroma that is even stronger when the grass has been harvested and dried and is then moistened or burned. Sweetgrass is burnt after smudging with Sage (Salvia apiana), to welcome in good influences after the bad had been driven out.