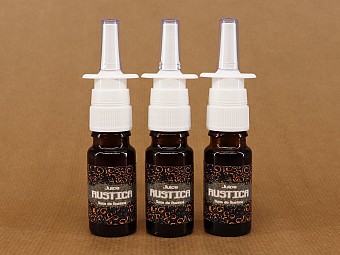 Suco de Rustica is a potent and flavourful nasal Tabaco spray. It is made by steeping Rustica Tabaco leaves in a hydro-alcoholic solution and is then further extracted using high frequency resonance extraction technology. Organic bio alcohol was used in the steeping and extraction phase to ensure stability of the infusion and to stop the natural fermentation process. Following the extraction, the juice is separated by extensive filtering and then slow vacuum evaporation of the solution reduces the liquid into a juicy extract. The vacuum reduction involves no heat. Detailed information can be found below. 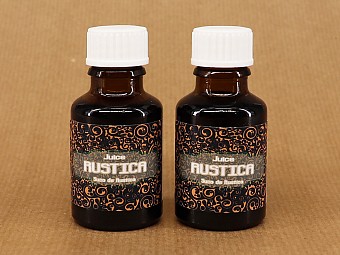 Suco de Rustica is a potent and flavourful nasal Tabaco spray. It is made by steeping Rustica Tabaco leaves in a hydro-alcoholic solution and is then further extracted using high frequency resonance extraction technology. Organic bio alcohol was used in the steeping and extraction phase to ensure stability of the infusion and to stop the natural fermentation process. Following the extraction, the juice is separated by extensive filtering and then slow vacuum evaporation of the solution reduces the liquid into a juicy extract. The vacuum reduction involves no heat. The result is a high quality concentrated extract and so called "raw" product. Before bottling, a small percentage of bio alcohol was added to ensure a limitless shelf life.

The effects are intense and the warm and rustic aroma of the Tabaco enters the sinuses immediately upon application. Invigorating, deeply grounding and providing enhanced focus and clarity. This tool is perfect for grounding, and cleansing the channels before and after Rapé use.