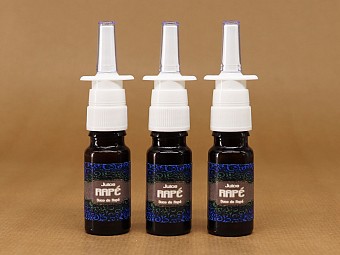 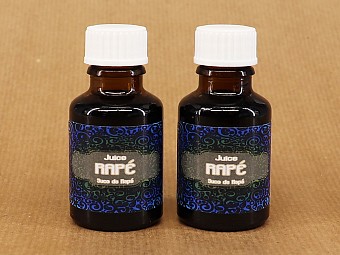 This will be the last restock of this production.

Suco de Rapé is a potent nasal spray. It is made by steeping a blend of 10 different varieties of Rapé in a hydro-alcoholic solution for many months. Organic bio alcohol was used in the steeping and extraction phase to ensure stability of the infusion and to stop the natural fermentation process. Following the long steeping, the juice is separated by extensive filtering and then slow vacuum evaporation of the solution reduces the liquid into a juicy extract. The vacuum reduction involves no heat. The result is a high quality concentrated extract and so called "raw" product. Before bottling, a small percentage of bio alcohol was added to ensure a limitless shelf life.