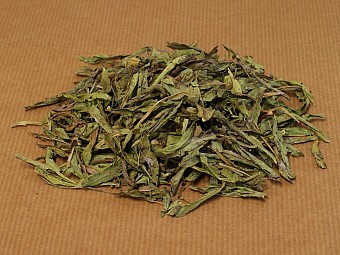 The Zapotecs use Tagetes as a primary herb in purification rituals. Smoked, the plant is said to enhance closed-eye visions. The botanical genus name Tagetes is in reference to a Roman deity, Tages which, probably, was originally an Etruscan god of prophecy. The species name lucidus means "bright", or "light". In Mexico, it is traditionally used as a tea but also as a flavoring for soups, sauces, chicken dishes, etc. and harsh Turkish tobaccos.  More information below.

As a native Marigold of Mexico and Guatemala, T. lucida is well known by the locals as a substitute for Tarragon (Artemisia dracunculus), and as such is used in teas, vinegars and dishes. The Zapotecs use Tagetes as a primary herb in purification rituals. The plant is popular with the Tarahumara Indians of Chihuahua and is used by the modern Huichol Indians in their religious Peyote (Lophophora williamsii) rituals. Smoked, the plant is said to enhance closed-eye visions. The botanical genus name Tagetes is in reference to a Roman deity, Tages which, probably, was originally an Etruscan god of prophecy. The species name lucidus means "bright", or "light". In Mexico, it is traditionally used as a tea but also as a flavoring for soups, sauces, chicken dishes, etc. and harsh Turkish tobaccos. A strong Tagetes Lucida tea is said to produce similar but milder effects than those of Peyote and has been used since pre-Hispanic times with many of its properties ascribed to this plant, known as Yauhtli in the Nahuatl language. The leaves were an important flavouring of "Chocolatl", the foaming Cocoa (Theobroma cacao)-based drink of the Aztec.

Bernal Diaz, one of the Conquistadors sent by Spain to explore middle America, recorded in his diary the Conquistadors astonishment at the gardens of the Aztec Emperor Montezuma, "with their many varieties of flowers and sweet-scented trees... his gardens were a wonderful sight." But plants were not merely used for decorative purposes as Diaz later notes; Montezuma kept a place within the palace gardens for "the medicinal and useful herbs". The Aztecs had developed a highly sophisticated system of medicine, in which these medicinal and useful herbs played a vital part. We know this because, in the wake of the Conquistadors, scholars travelled to the Americas to record the knowledge of the indigenous people in the form of codices and other documents. We can also see traces of traditional uses of herbs in the contemporary use of medicinal plants by Mexican communities.

In Sahagún’s description of the use of Tagetes Lucida: "it is an ejector of humors, it is a medicine... one who has chills drinks an infusion of it. It is rubbed in the hands with water. And with it there is incensing, and there is washing." It is worth mentioning that powdered Tagetes Lucida was also administered to certain sacrificial victims, with the dual intention of inducing both anaesthetic and hallucinogenic effects.

When Tagetes Lucida was administered to sacrificial victims, it was as a powder of dried herb, which would be blown into the face of the intended victim. It is not especially likely that this is an effective way of administering the drug. There are manyfold properties to Tagetes Lucida and Erecta, that, although commonplace to us, they actually held a central place in the Aztec world, being both sacred herbs of Tlaloc, and enormously important medicines.

Secretions from the roots of growing plants have an insecticidal effect on the soil and the growing plant also has a repellent effect on various insect pests. A yellow dye can be obtained from the flowers, which was also known in Cherokee herbal knowledge as well as the medicinal qualities.

It is used in the kitchen as a condiment and tea. Leaves are dried and ground into a powder then used as a Tarragon substitute for flavouring soups, sauces etc. They have an Anise (Anisum vulgaris)-like flavour. The petals are used as a condiment.

Tagetes Lucida or Mexican Tarragon, Compositae (Sunflower family), is an attractive landscape ornamental, a beautiful, bright green perennial herb. Mexican tarragon is originally from Guatemala and the Mexican state of Oaxaca. It is a half-hardy semi-woody sub-shrub that grows 50-100 cm tall. The plant is bushy with many smooth, upright, unbranched stems. The leaves are linear to oblong, about 7 cm long, and shiny medium green, not blue-green as in real French Tarragon (Artemisia dracunculus). In late summer Mexican tarragon bears clusters of small yellow flower heads on the ends of the stems. The flower heads are about a half inch across and have 3-5 golden-yellow ray florets. They continue to bloom late into autumn.

Tagetes species contain a number of bioactive compounds; notably flavonoids. Flavonoids constitute a large group of natural compounds, with an array of pharmacological activities. Notably, we find patuletin. We also find quercetagetin, and a related compound, quercetagritin. In addition to the abovementioned compounds, the genus Tagetes is rich in thiophenes, carotenoids and xanthophylls, as well as smaller levels of terpenes, ketones and other types of active chemicals. T. Lucida contains small amounts of methyl eugenol and anethole.

Bruised leaves have and intoxicating, sweet Licorice (Glycyrrhiza glabra), and Tarragon (Artemisia dracunculis)-like smell with overtones of Anise (anisum vulgaris) with a hint of floral. Tagetes lucida is amongst the most sweetly-scented of all flowers.

Tagetes lucida offers a new dimension of relaxation to aromatherapy. The aroma clears thinking, relieves tension, aids emotional control. The dried plant can also be burnt as an incense and used to repel insects.

Tagetes lucida is said to create visions when smoking the herb in combination with the consumption of fermented Tarragon tea, which is prepared the same way Sinicuichi (Heimia salicifolia) is prepared. May produce "closed-eye-images" similar to other herbs that were used used for divination. Tagetes Lucida (for shamanic purposes) was usually used to potentiate Peyote (Lophophora williamsii) visuals. Peyote was consumed by the shaman, followed by the smoking of a blend of Tagetes Lucida and Tobacco (nicotiana tabacum) in a 1:1 ratio. The alternative was to smoke the herb combined with the drinking of a strong Tagetes Lucida tea.