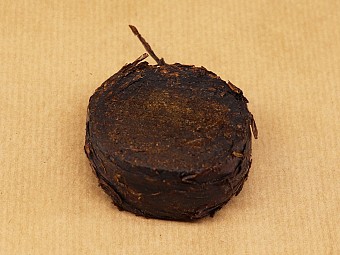 Brazilian Sabia Tabaco is called "rope Tabaco" (corda). The leaves are harvested and first dried, then fermented and turned into ropes and rolled up on large rolls weighing 10 kilos. After this process it is left to mature. Produced according to an old traditional method, this Rustica variety is locally used for ceremonial pipes and for blowing healing during curing ceremonial rites, and to produce very strong Rapé. The rolls are fresh and juicy. They were cut into small sections and vacuum-sealed when we received them, to keep them fresh and preserved during storage and transport. Detailed information can be found below.

The rolls weigh approximately 50 gram and are 3 to 4 cm in diameter. 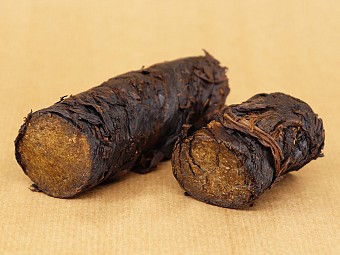 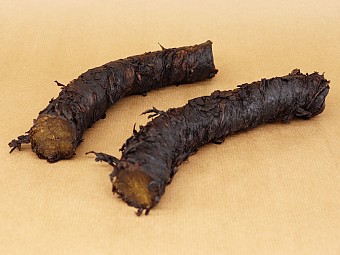 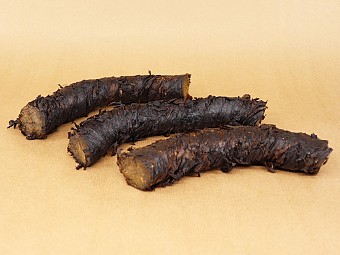 Tabaco Sabia, a Nicotiana Rustica variety, is a very dark, pretty much black string (corda) Tabaco, that is liked by many Rapé makers for its potency and its neutral flavour. Many of the stronger Tabaco types are sauced i.e. dipped in a natural aromatic solution before curing. Not with Sabia Tabaco. It comes from different regions of Brazil, and it is distinct in its appearance and flavour. Nowadays it is preferred and very sought after by many tribal Rapé makers that consider it one of the best Tabaco for making Rapé. It is very strong and when used with less ashes, it makes a Rapé that is not for the faint hearted.

Nowadays most Tabaco varieties used in Rapé production are not native to the state of Acre. Acre is the state where the biggest part of indigenous Rapé by far is made. The only regional type is the milder and sweeter Moi Tabaco. Some of the main Tabaco producing regions in Brazil are the North Eastern town Arapiraca in the state of Alagoas and Minas Gerais in the centre of the country. Sabia is used in Rapé varieties like the Yawanawa Daime, the Kuntanawa Alfavaca da Mata, some of the Nukini and other all-time favourites.

The production of rope Tabaco is hands-on craftsmanship. The rolling of the Tabaco leaves into ropes is still a craft and requires experience and skill. After harvesting the leaves, they are sorted by the quality and placed on drying racks in the shade. After days of drying, the leaves are ready for the next phase. The first step is the removing of the central leaf grain from the partly dried leaves. Interlacing and twisting of the split leaves follow and gives the Tabaco its rope shape. After establishing the desired dryness, the newly formed Tabaco ropes are being left to ripen. The slow fermentation process creates more flavour and delivers the final dark brown appearance of rope Tabaco. 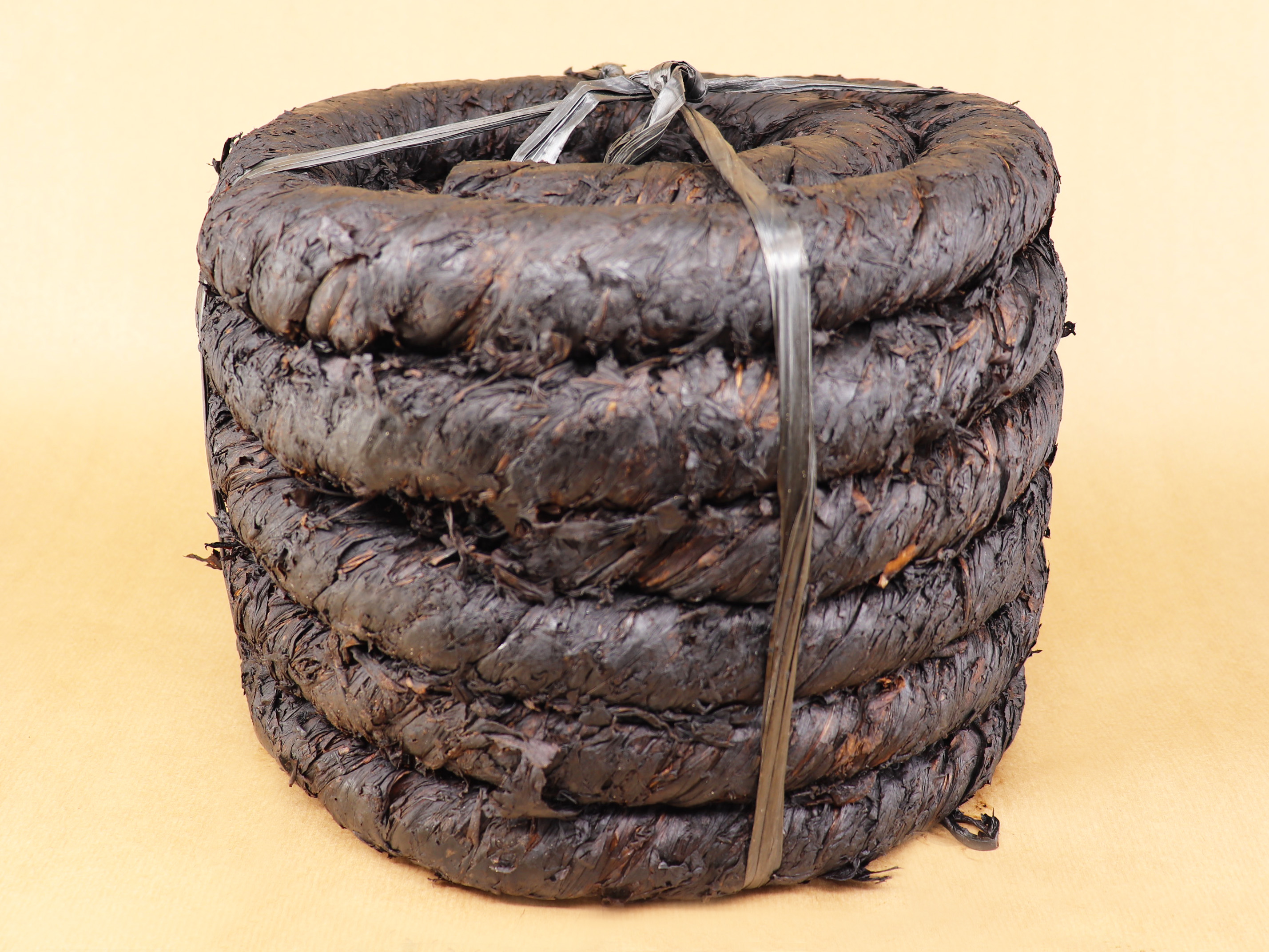 ​In addition to Ayahuasca rituals that are combined with Tabaco snuffs, there are even shamans that specialized in Tabaco healing, called tobaqueros (Jauregui et al. 2011). When used in shamanic rituals, Tabaco is assumed to protect, cleanse and re-align energies, thereby bringing profound clarity and healing (Jauregui et al. 2011). Furthermore, South American shamans, commonly use Tabaco smoke to blow it over the person to be healed with the intention to bring their energies into equilibrium and clean out all negativity and anxiety (i.e. ‘sopladas’ – the healing energy of blowing) (Jauregui et al. 2011). Thus, Tabaco in the shamanistic culture has a potent function of cleansing, bringing clarity and focus, and for allowing strong visualizations.

Nicotiana Rustica is extremely potent, containing up to 20 times higher levels of nicotine than usual Tabaco, Nicotiana Tabacum (Stanfill et al. 2010). Therefore, this shamanic tool is extremely powerful and can provide an intense journey of cleansing and energetic shift. Through this highly activating Tabaco, one might feel a strong aiming of the mind, and intense clarity and focus.

Brazilian "Sabia" corda is juicy and fresh when arrived in our stock. We cut them into the desired sections and immediately vacuum seal them. This way they will retain their freshness and humidity content for a very long time.

The seeds of this special kind of Tabaco have been passed down from father to son over generations and it belongs to the widely known species of Nicotiana Rustica. Sabia could be compared to Mapacho and Arapiraca, for it looks very similar in consistency. Tightly wrapped and dense, almost solid and black in colour and even more juicy and aromatic. The Sabia sections are very sticky to the touch.

The "Sabia“ corda is of smaller diameter than the Mapacho Masos (approximately 3-4 cm diameter) and also it is much more juicy in its structure. The leaves appear to be much darker and almost black as well as they have been put through the process of fermentation.

Sabia has been organically grown in the jungles of Brazil. Chemicals are not necessary as Tabaco itself is a great fertiliser and commonly used insecticide among the farming communities.

This massive form of Sabia is made according to an old traditional recipe and contains a solid but juicy jungle Tabaco. They are fresh and humid, having an almost "wet" apprearance. They were vacuum-sealed when we received them, to keep them fresh and preserved during storage and transport. Upon receiving you can keep it in the vacuum state for many months. When opened, unpack the section and store it in paper wrapping. When the outside becomes brittle over time you can simply spray the outside with distilled water, thereby the material will slowly absorb the water and the outside layer will become fresh again. Pack the humidified Tabaco in a plastic bag for a day or two, maximum. Then it needs to be wrapped in dry paper again.