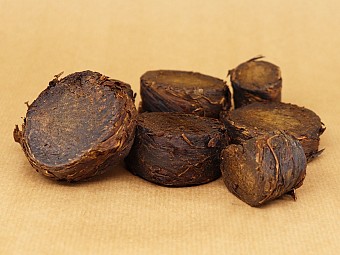 Brazilian Arapiraca Tabaco is called "rope Tabaco" (corda). The leaves are harvested and first dried, then fermented and turned into ropes and rolled up on large rolls weighing up to 80 kilos. After this process it sits on the rolls to mature. Produced according to an old traditional method, this Rustica variety is locally used for ceremonial pipes and for blowing healing during curing ceremonial rites, and to produce very strong Rapé. The rolls are fresh and juicy. They were cut into small sections and vacuum-sealed when we received them, to keep them fresh and preserved during storage and transport. Detailed information can be found below.

The rolls weigh approximately 50 gram and are 5 to 6 cm in diameter. 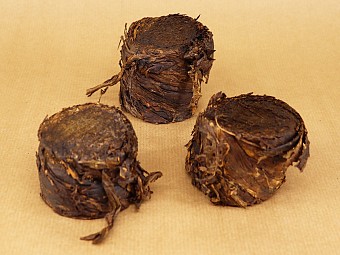 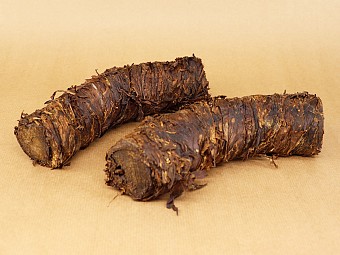 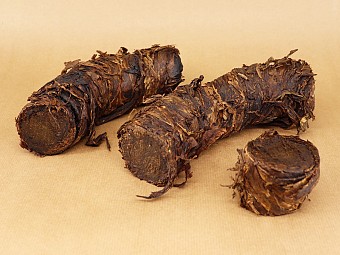 Tabaco Arapiraca is from the Nicotiana Rustica strain. This Tabaco has its name from the region it comes from. Arapiraca is a city in the northeast of Brazil in the state of Alagoas. The region around the city of Arapiraca always cultivated cereals and cassava. But this started to change slowly when Tabaco started to be cultivated. After the first planting of Tabaco at the end of the nineteenth century, it took another 50 years before a healthy and lively Tabaco growing culture had settled in Arapiraca. Now the town has the nickname "The Brazilian Tabaco Capital".

The production of rope Tabaco is hands-on craftsmanship. The rolling of the Tabaco leaves into ropes is still a craft and requires experience and skill. After harvesting the leaves, they are sorted according to quality and placed on drying racks in the shade. After days of drying, the leaves are ready for the next phase. The first step is the removing of the central leaf grain from the partly dried leaves. Then follows the interlacing and twisting of the split leaves that gives the tabaco its rope shape. After establishing the desired dryness, the newly formed Tabaco ropes are being left to ripen on vertical racks. An entire roll weighs up to 80 kilos. After this process it sits on the racks to mature. There the slow fermentation process creates more flavour and delivers the final dark brown appearance of rope Tobacco. 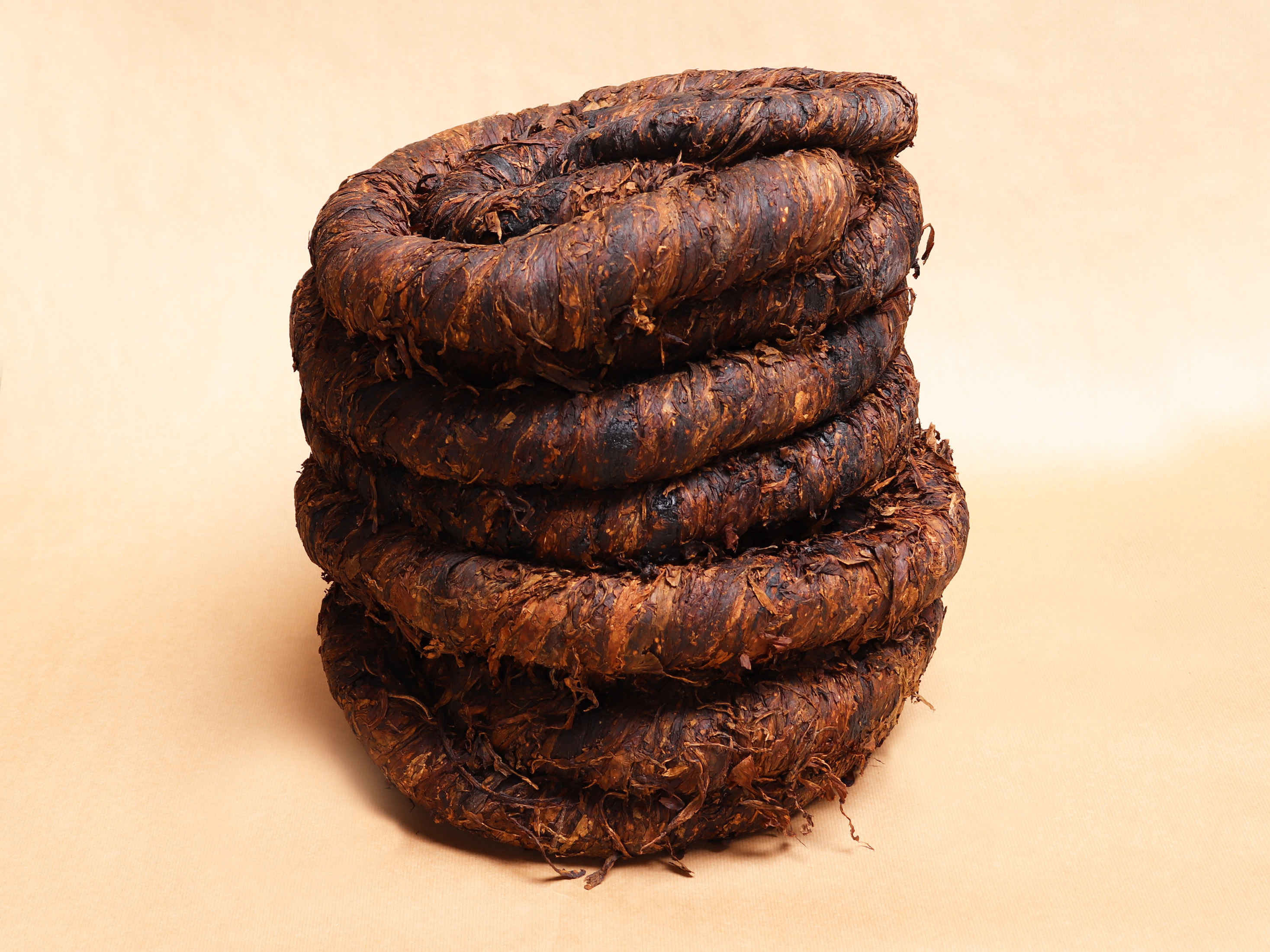 Nicotiana rustica is extremely potent, containing up to 20 times higher levels of nicotine than the usual Tabaco, Nicotiana tabacum (Stanfill et al. 2010). Therefore, this shamanic tool is extremely powerful and can provide an intense journey of cleansing and energetic shift. Through this highly activating Tabaco, one might feel a strong aiming of the mind, and intense clarity and focus.

Brazilian "Arapiraca" corda is juicy and fresh when arrived in our stock. We cut them into the desired sections and immediately vacuum seal them. This way they will retain their freshness and humidity content for a very long time.

The seeds of this special kind of Tabaco have been passed down from father to son over generations and it belongs to the widely known species of Nicotiana rustica. Yet there is no commonly known name attached to it, but it could be compared to Mapacho, for it looks very similar in consistency. Slightly looser wrapped and less dense but even more juicy and aromatic.

The "Arapiraca“ corda is of similar diameter as the Mapacho Masos (approximately 6-7 cm diameter) and also it is much more juicy in its structure. The leaves appear to be a bit darker as well as they have been put through the process of fermentation.

Arapiraca has been organically grown in the jungles of Brazil. Chemicals are not necessary as Tabaco itself is a great fertiliser and commonly used insecticide among the farming communities.

This massive form of Arapiraca is made according to an old traditional recipe and contains a solid but juicy jungle Tabaco. They are fresh and humid. They were vacuum-sealed when we received them, to keep them fresh and preserved during storage and transport. Upon receiving you can keep it in the vacuum state for many months. When opened, unpack the section and store it in paper wrapping. When the outside becomes brittle over time you can simply spray the outside with distilled water, thereby the material will slowly absorb the water and the outside layer will become fresh again. Pack the humidified Tabaco in a plastic bag for a day or two, maximum. Then it needs to be wrapped in dry paper again.