The Apurina tribe or the ‘Popingaré’ or ‘Kangite’ - meaning ‘people’ or ‘humans’, consists of approximately 2000 - 4000 members that are distributed over 27 indigenous territories in the Brazilian Amazon around the Purus River. Due to their migratory habits, the Apurina are spread over a large area, and it is hard to estimate precise numbers of their tribe. Every community in a given region of this big tribe has their own social organization. Even though some of the younger Apurina members do not understand the indigenous language anymore and rather speak portuguise, most of the Apurini people speak Maipure-Aruak. They call themselves. Female tribe members are skilled at making baskets, brooms, and pottery, and also beautiful snuff boxes off snail, metal, and rubber residues and the according Rapé blow pipes.

Like many other tribes, the Apurina people suffered strongly under the influence of the latex cycle. Moreover, they are still fighting to keep hold of their demarcated land, which is often invaded by loggers. Since 1994, the Apurina are sustained by non-governmental organizations that are supporting economic activities like handcrafting, plantation, and the production of jewelry from plant materials. Yet, due to the difficult economic situation, some tribe members are migrating to the bigger cities, leaving their indigenous heritage behind in hope for a better living.

The Apurina strongly value ritualistic celebrations, which they call Xingané. These celebrations start with an armed confrontation of the host and guests, painted and decorated, and end with the leaders taking Rapé snuff from each other’s hands.

Like rituals, shamanism is an important part of the Apurina culture. The Apurina shamans work with stones, and heal with a special leaf that they chew – ‘katsoparu’ – and with a lot of snuff that the shaman and other tribe members consume and which they call ‘awire’. For the actual healing, the shaman sucks the illness out of the bodies, often visualized by stones that they extract from their sick bodies. Afterwards, the shaman inserts the stone in his own body and recommends different plant treatments. Another shamanistic way of treating sick people is by dreaming: the shaman’s spirit travels and carries out specific tasks, guided by other animal spirits and the chiefs of the animal spirits – which they consider themselves shamans. Often the shaman’s role is to guide these animal spirits, in order to prevent animals, like snakes or a jaguars from attacking. It is believed that a strong shaman never dies but becomes enchanted and continues his travelling. 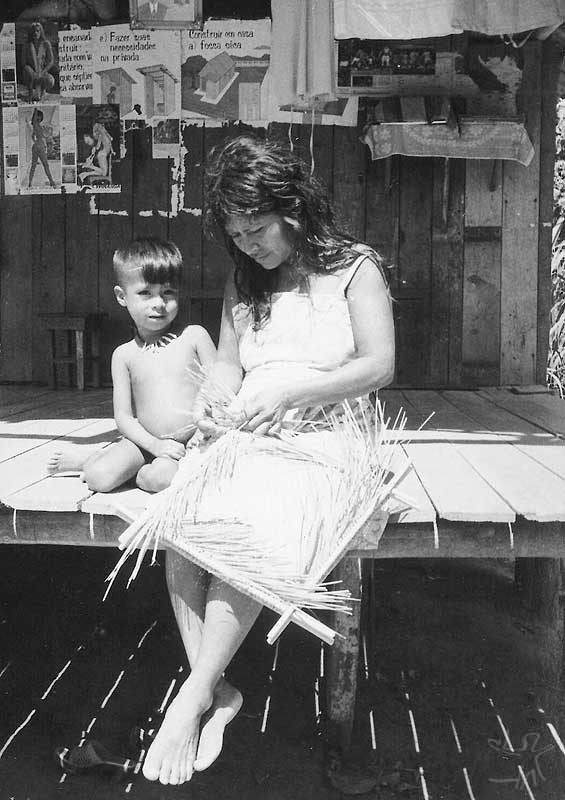