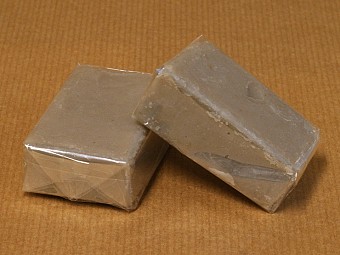 Tsunu & Breuzinho soap has antiseptic and anti-inflammatory actions, improving the appearance of the skin. Breu Branco is a resin extracted from the species Protium heptaphyllum, rich in essential oils. Tsunu Ash is made from the bark of Pau Pereira (Platycyamus regnelii) rich in allantoin, a substance that gives cicatrizant action. Most people will know Tsunu from the Rapé recipes - this is the very same, directly from the Yawanawá. The Tsunu tree is considered one of the most sacred of the Yawanawa. More information below. 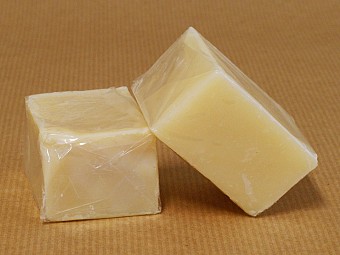 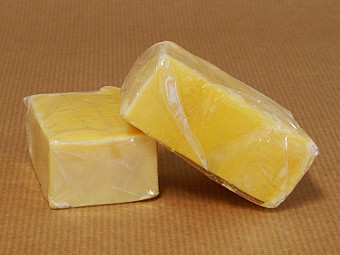 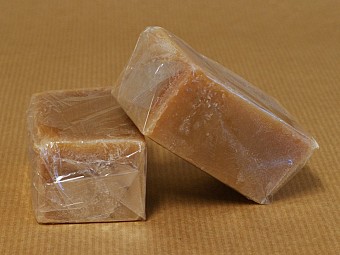 This line of natural soaps is all cold processed using only natural ingredients, as much as possible from the Brazillian Amazon and Cerrado biospheres. Many of these ingredients will be familiar to you from different products from the region like Rapé and medicinal tinctures to food items or incenses; others will be new to you.

Maria José, who makes these soaps and other natural indigenous cosmetics, is a pharmacist with nearly 20 years of professional experience in phytotherapy. Apart from her professional experience it is also a personal passion and a spiritual journey. A few years ago she started to make these soaps and has dedicated a big part of her time now to experimenting new formulas and ingredients from indigenous and traditional sources to benefit the skin and person as a whole. Most of her ingredients come from small producers, either indigenous or traditional communities like the so called Ribeirinhos that live on the banks of the Amazonian rivers and collectors in the Cerrados, Savanas, of Brasil. To give an example the Pequi oil she uses comes from the Kisedjé tribe in the Xingu region of Mato Grosso state where she recently went in cooperation with the NGO ISA to teach the cold process soap system to the community (photos included). The Tsunu comes from the Yawanawá and the Dragon's blood is collected by non-indigenous sustainable forest dwellers, just to give a few examples. We are now bringing in cooperation with Katukina the first few recipes and products and hopefully more will follow in the future.

Tsunu And Breu
Tsunu's & Breuzinho soap has antiseptic, healing and anti-inflammatory actions, improving the appearance of the skin. Breu Branco is a resin extracted from the species Protium heptaphyllum, rich in essential oils that confer anti-inflammatory action. Tsunu Ash is made from the barks of Pau Pereira (Platycyamus regnelii) rich in allantoin, a substance that gives cicatrizant action.  Ashes have been used in soaps since immemorial times, to aid the saponificaiton process and for their anti-septic and abrasive quality much like clay. Most people will know Tsunu from the Rapé recipes, this is the very same, directly from the Yawanawá. The Tsunu tree is considered one of the most sacred of the Yawanawa and is known for its energizing and energetic cleansing properties.

Copaíba, Andiroba & Babaçu
This soap contains Andiroba and Copaiba oils that are obtained by the saponification of Babaçu palm nut and Andiroba oils with the Copaiba oil added afterwards. Andiroba and Copaiba oils are two medicinal oils widely used in Brazil for internal and external problems. Andiroba is extracted from the seeds of the tree, native to the Amazon. It has been used for centuries by the tribes of the region for its anti-inflammatory, anti septic, healing and hydrating properties. It is used on the skin for wounds, rashes, eczemas and is used as a hair oil. Copaiba (Copaifera langsdorffii) is also native to the Amazon region - it was known by the Incas as the tree of life and produces a miracle oil used for innumerous therapeutic properties, from taking it for respiratory ailments to healing wounds amazingly well. The interesting thing is that technically it is not oil but a resin, the sap of the tree. The anti-inflammatory, anti-biotic, anti-fungicide, healing and anti bactericide properties of these two oils are transferred to this soap and thus creating a soap wonderful for different skin problems. Babaçu is a palm nut native to the Amazon and Cerrado that makes oil in some aspects similar to coconut oil. It has a particular smell and is very hydrating and alimenting the skin.

Pequi, Calendula & Cupuaçu
This soap was created through the saponification of Pequi oil and Cupuaçu butter. Pequi is fruit from the Cerrado (Savanah) of the central region of Brasil. The oil used for our products is produced from fruits originating from ancestral plantations of the Kisedje Indians of the Xingú region. They are extracted with help from a sustainability project setup and implemented by the NGO ISA in their tribal lands helping them to get financial independence in a way that doesn´t aggravate nature. Pequi oil is traditionally used by the tribe for skin treatment and for ceremonial use. It is very rich in vitamins A, E and beta carotenes, has anti oxidant and anti-inflammatory action and promotes in general hydration of the skin. Cupuaçu is a native fruit from the Brazilian Amazon, from which the seeds are used to extract the butter; used in soaps it is rich in phyto nutrients, anti-oxidants and vitamins. It is highly hydrating offering relieve from irritations of the skin like atopic dermatitis and it also slows down the formation of wrinkles.

Sangue De Dragão
This recipe contains Dragon Blood from the Peruvian Amazon. Dragon Blood is the sap of a tree called the Dragoeiro (Kroton lechleri) that is native to most of the Amazon basin. It is considered a miracle medicine for wounds and skin problems and is slowly being discovered for cosmetic applications. It is a great anti-septic, anti-inflammatory and as an healing agent as it contains different ingredients that stimulate the production of collagen, thus not only healing cuts but also helping to rejuvenate the skin.

Mulateiro
The Mulateiro tree is well known by the traditional communities of the Amazon region. A tea is made of its bark and used to combat skin spots, wrinkles and general aging of the facial skin. Legend tells that the mythical female Amazon Warriors bathed themselves on full moon nights in a preparation of the bark to keep their eternal youth and beauty. Like that the Mulateiro got known among the Ribeirinhos (the forest dwellers) as the tree of youth. The bark regenerates quickly when taken away and thus the natives recognized its regenerative power. When scientists started to research they found out that there was some truth to the legends and it has been used more and more for skin treatments.