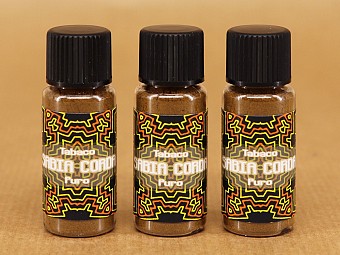 The most sought-after variety of late is known as Sabiá. It is one of the stronger Tabaco types around and it has a pleasant natural flavour. Many Tabaco varieties are sauced and that interferes with the flavour of the Rapé. This one is natural although it has a potent Tabaco flavour. This extremely finely powdered Sabia Tabaco is perfect for using in personal preparations. Mixed with ashes it becomes a powerful but stable Rapé similar to other traditional types produced by the indigenous tribes of South America. 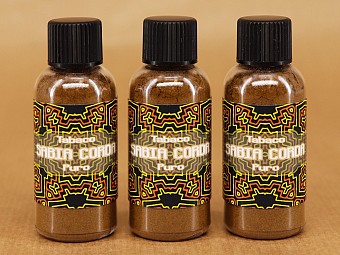 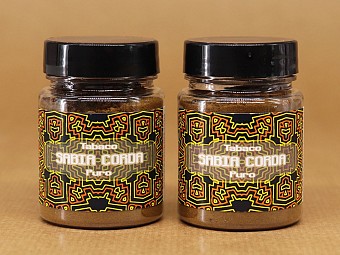 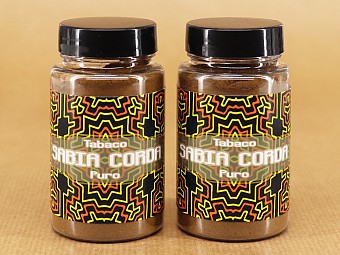 Nowadays most Tabaco varieties used in Rapé production are not native to the state of Acre. Acre is the state where the biggest part of indigenous Rapé by far is made. The only regional type is the milder Moy Tabaco. Some of the main Tabaco producing regions in Brazil are the North Eastern town Arapiraca in the state of Alagoas and Minas Gerais in the centre of the country. The most sought-after variety of late is known as Sabiá Tabaco, which is a Nicotiana rustica variety. It is one of the stronger Tabaco types around and it has a pleasant natural flavour. Many Tabaco varieties are sauced and that interferes with the flavoor of the Rapé. This one is natural although it has a potent Tabaco flavour. It is used in Rapé varieties like the Yawanawa Daime, the Kuntanawa Alfavaca da Mata, some of the Nukini and other all-time favourites.

This is an extremely fine powder, creamy to the touch. It takes great effort to produce such a fine powder, entirely void of stems, veins, grains and bits, and at a 150 micron fineness. This is our standard. All of our Rapé varieties are processed to a high standard and a consistent fineness, using laboratory grade sieves and milling equipment.

​In addition to Ayahuasca rituals that are combined with Tabaco snuffs, there are even shamans that specialized in Tabaco healing, called tobaqueros (Jauregui et al. 2011). When used in shamanic rituals, Tabaco is assumed to protect, cleans and re-align energies, thereby bringing profound clarity and healing (Jauregui et al. 2011). Furthermore, South American shamans, commonly use Tabaco smoke to blow it over the person to be healed with the intention to bring their energies into equilibrium and clean out all negativity and anxiety (i.e. ‘sopladas’ – the healing energy of blowing) (Jauregui et al. 2011). Thus, Tabaco in the shamanistic culture has a potent function of cleansing, bringing clarity and focus, and for allowing strong visualisations.